This thought i would share this with you.
After lots of filling cursing and bodgery George Jennings now has sound

Not the best of videos but you get the idea.
it would have been great to have fitted a stay alive device but where to put it, perhaps another day.
Posted by cparkstone at 15:29:00 No comments:

Children under 14 must be accompanied

Parking opposite hall next to Tesco

The 3mm shop will be there for members only but of course you could always join!


Counting down the days now.

Below are some of the layouts Confirmed

LAMBETH WALK
Description of layout:
The real Lambeth Walk never saw trams but this layout is an evocation of the last days of London’s trams and is located in inner south London within sight and sound of Big Ben. This location explains the lack of overhead electric wires – banned by the inner London Boroughs – and the use of the centre conduit system with electric pick up from a “plough” carried by all trams.
It is still a “work-in-progress” project with much work still to be done.
Modelled to a scale of 3mm to 1 foot the trams themselves are modified from “Days Gone” diecast models to represent standard London Transport cars as running in these last years of the once massive LT system. The BR Southern Region tracks leading to Waterloo Station are represented by the viaduct at the right hand end of the layout and the tracks will have the third rail added in time.
London’s buses and the express Green Line service are represented and other road vehicles can be seen. One major shortage at the moment is the typical London Black Cab but we are working on this – hopefully next time you see us there will be a few.
Please feel free to ask us about the layout and London’s Trams.

The layout was built for the 50 something challenge to commemorate the 50th anniversary of the 3mm Society 1965 -2015. The scenic part is 50 inches long by 50cm wide and is built to fine scale standards with a track gauge of 14.2mm.

Heybridge Wharf is purely fictitious and is situated somewhere in Suffolk at one of the last inland wharfs still operating. The railway was built under the Light Railways act as the Hey Light Railway to connect the town of Heybridge to the Great Eastern Main Line via
Heybridge Wharf

The trains from the main line enter Heybridge Wharf via the line between the Church and the gas works. This is the end of the line for the stock not allowed to proceed along the tramway to Heybridge Town. Those that are allowed will run round their train and proceed along the tramway squeezed between the gasworks and Colly Tobbold’s brewery. The wharf still receives one of the last barges still trading but now converted with a diesel engine.

The layout is built of plywood with track by the 3mm society and points from 3SMR. Points are operated by Hoffmann point motors and couplings are adapted B&B. Stock is from Finney and Smith, now no longer trading, Worsley Works and the 3mm Society whilst some of the buildings are scratch built , most are super detailed Bilteezi card kits.

Whatlington is the next station down the line from Hoath Hill Halt and the single line section ends here. Trains for the Sub Wealden Gypsum Company works at Hoath
Hill can reverse direction and other trains pass as required. A lone coal merchant occupies part of the back siding in a small goods yard that sees occasional other traffic.

Engineers make frequent use of the empty sidings to store their wagons.

When it suits, modellers rewrite history and / or geography to create plausible settings and this model is no different. Whatlington – with an ‘h’ - does exist, near Battle in East Sussex, but in order to create a station and make it a plausible ‘might have been’ the village has become a small country town and distances to the surrounding villages etc. have been increased by ‘just a few miles’.

3mm is a minority interest but there is a surprising amount of support available to those who choose to work in this scale. The Three Millimetre Society provides a range of products for its members plus there are a number of other small suppliers who offer kits, bits and ‘scratch aids’. It is also possible to make use of items from both 2 and 4mm scales to help complete models.

The 3mm Society shop will be there for members only, also a demonstration for the Chassis Jig from Pine Road Models.

Hemlock
As featured in a recent Hornby Magazine.

A late addition is 3SMR, so you can buy lots of kits.

Cake will be on offer as well as Tea and Coffee

Well, what can i say.
A great weekend at BRME
Parkstone had it's first outing at the exhibition. I don't think i have ever met so many people and heard so many stories of the goings on in Parkstone.
They vary from the happy ones to the, well, REALLY!

A lady said she use to get the train from Wimborne to Parkstone to go to school,(and kids these days moan about a half mile walk) use to sit and eat a lollipop while waiting for the train in the evening.

A gentleman told me, one day he was walking over the road bridge and heard something different coming up the bank, he said he had to wait to see what it was. He was shocked or should you say surprised to see Cock 'O' the North hauling Greasley stock the day after D-Day.

Another Lady to start with couldn't really remember much of what was there but on viewing the goods shed end of the layout suddenly seem to remember bits, she said, you know, i do remember that being there.  On leaving she thanked me for bringing back some happy memories of her childhood.

One guy was certain that it was not Parkstone, he was quite adamant about it. said he lived in Parkstone and that ain't Parkstone, consequently stormed off. Ourselves and people viewing the layout around us found it quite amusing. I'm not sure if there is another Parkstone but he sure doesn't know his own area.

You can tell, i like these stories,
Bit like the Big Bang Theory, you watch one episode and another quickly follows. As they say,
so here's another one.

I had an interesting chat to a guy who new Quite a bit about George Jennings and had some photo's and drawings that i have never seen before. He also bought in a fabulous model of an O gauge "George Jennings" for us to see.

I also got to meet some friends of Colin Stone who wrote the book "Rails to Poole Harbour"
and am looking forward to meeting him.

These are just a few of the stories. I could go on but lets just say that i never dreamt that a layout i built could generate so much interest, nostalgia, memories, acquaintances and stories.
Even my Boss turned up

I hope everyone enjoyed the show, i certainly did.
It's only February but this has made my year.
Thankyou to everyone concerned
See you at WIMRAIL
Posted by cparkstone at 23:14:00 No comments:

Yes, it's that time of year again.

"Parkstone Goods" will be present
Lets just hope we are not down in the squash courts!
Hope to see you all there

Knocked a billboard up for Parkstone, not that there was ever one there. Thought it might add a bit of interest to the field end of the layout.
A bit of plastikard, microstrip, matchsticks and picture taken of the interweb, we have this.

The car you always promised yourself. 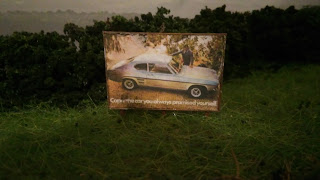 Trying to find something from the Seventy's that nowadays isn't classed as Racist, Sexist or anything else "ist" is surprisingly difficult.
There are lots of Carlsberg and Marlboro adds
We could of had this, but naa 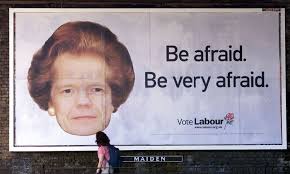 or this.
The welsh version 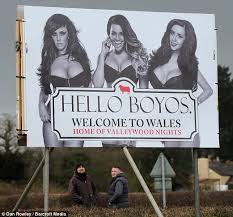 Just Google 70s adds.
you may be surprised
Posted by cparkstone at 23:19:00 No comments:

You all know i have a passion for Adams Radials well before any announcement from Oxford rail or Hornby.
After building the two that were used on the Lyme Regis Branch from PDK kits.
The Oxford rail Southern Railway livery model hit the shops in the week i felt no need to buy one as i already had them...yes, well, after looking at her i couldn't resist.
She is beautiful and compares exactly to the one i built so must have done something right for a change
As Oxford Rail decided to model 3520 this was the main reason for buying one as the one i built was the first loco kit i ever built. Don't get me wrong i am chuffed to bits with her, she runs like a dream and i learn't a lot.
Posted by cparkstone at 14:45:00 No comments: