Exton Quay, yet another brake van.

On a Southern layout, you just have to have won.
A 25t pill box brake van, it being one of the Bachmann clan. Looking this up in the bible No 55975 was one of the first batch built 1928/29 The only thing that seems blatantly obvious is that Bachmann seem to have put the chimney in the wrong place. Ok, must confess that i have only just noticed this while looking back through these pictures. It will get changed. 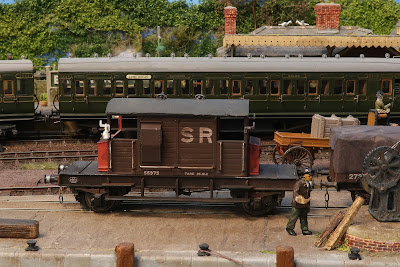 The front and rear deck seem to be of metal sheet, so this area has had a bit of a repaint also, the roof has had some work, covered with tissue paper and repainted grey. 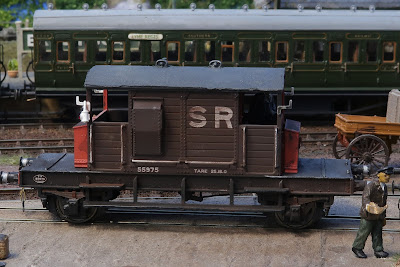 I think it has turned out well myself. 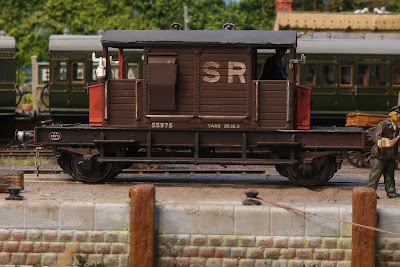 Thinking, its way overdue for another post....
...more wagons for Exton Quay.
I have been busy building!
As you know in a previous post, i had been making some special wagons for Exton Quay relating to the fertilizer plant. All three have been produced, one has gone to my Stepson leaving Two for the layout.
The next one is an ex LSWR 12ton Machine Truck built 1902-1906 Dia: 1674 A David Geen kit that has been in the cupboard waiting to be built for a while, No 61014 In the instructions David Geen states as being designated a 'WELL D' but looking in the bible it states as being a 'WELL E' Six were passed to the Southern Railway, one survived till 1947. A white metal kit with an etch Nickel silver floor.  Wheels are from Markitts/Romford 10.5mm 8 spoke.

Another David Geen kit, yes, i collected a few of these, you have to buy these things when you see them.
Ex LSWR 10Ton single bolster wagon Dia:1594. An all whitemetal kit, Two for one isn't bad.
No 57362 built 1877 through to 1911. they were everywhere. I have made the central beam to swivel with the intention of finding a 'Load' for them.... 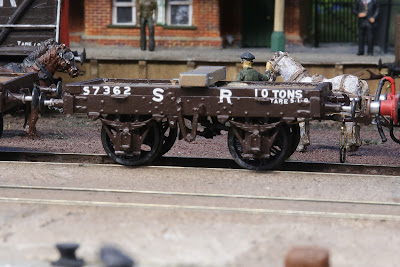 ....and No 57321. Wheels are from Alan Gibson Lswr split spoke, these wheels are stunning, gota give it to ya Alan. 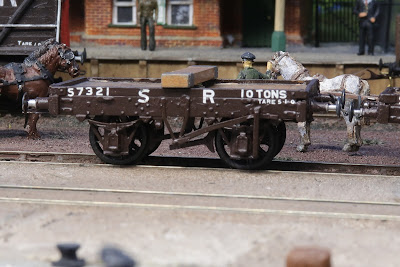 I came across this by accident.
You have to watch it, its brilliant, i get the impression that things have not really changed that much.
So, on a wet friday afternoon, sit yourself down with a cup of tea and watch this interesting old film.

Some of the new franchises could do well to watch this.

I am impressed with my kitbuilt Adams B4 built from a South Eastern Finecast kit, 120-1 high level gearbox and Mashima motor with a fixed chassis.
The other night i was going through all the rolling stock for Exton quay. The main thing that needed doing was to adjust the couplings, just to make sure everything couples to every thing else. Some of these wagons are kitbuilt from brass or whitemetal, so some are heavy also, each wagon has a sprung wire on one axle of each wagon in the attempt to stop the magnets attracting wagons while the uncoupling procedure takes place.
Not really taking much notice of what was happening, just adding a wagon at a time and moving the train down a bit, she is pulling 21 wagons all on her own.
Just to add a bit of perspective as to how heavy this train is, my Beattie Well Tank managed 8

A friend of mine was going to chuck this gorgeous looking butchers table in the skip, you can't do that!
makes a very handy table to perch my spray booth on. 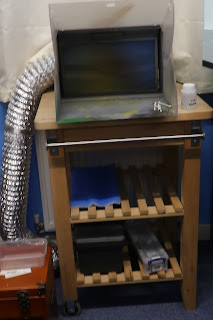 As Exton Quay is based around the old fertilizer plant at Topsham, I thought it might be an idea to have a wagon relating to the plant.
Not knowing that one ever existed or have never found a photo of one, i set about looking for ideas.
First i found this..... 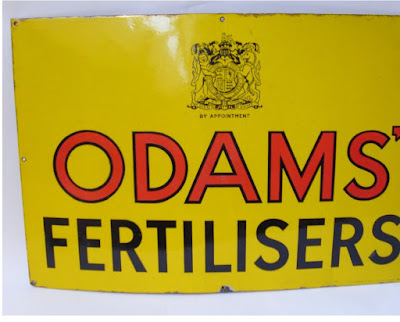 ....and then i found this. What stunning artwork. i would actually like to own this! 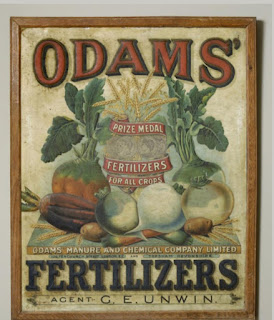 Turning my attention on how am i going to do this, enter my stepson, a genius with computer, who then set about doing the artwork. This was then printed onto some transfer paper and below, is the finished result. 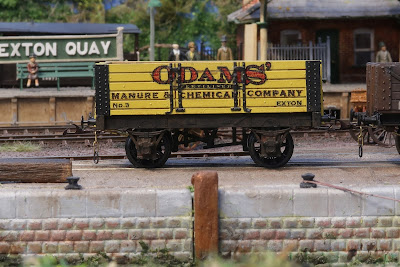